The security of digital identities is threatened by future quantum technologies. That's because in the hands of cybercriminals, quantum computers will also be able to crack classic encryption methods. To fend off such attacks, Fraunhofer IPMS is researching with three partners in the Quant-ID project to develop generators for quantum random numbers that increase cryptographic security. Highly sensitive areas in particular, such as government institutions, banks, health insurance companies or insurance companies, could thereby receive the necessary protection.

The goal is to develop quantum-safe authorization of users in an IAM (Identity Access Management) architecture with the aid of quantum random numbers and post-quantum cryptography. Post-quantum cryptography (PQC) refers to cryptographic algorithms that are used on classical hardware but promise security against attacks with quantum computers. Here, a quantum random number generator (QRNG) generates all the random values needed for encryption. In addition, the project also aims to secure network communications, signatures and database encryption using post-quantum cryptography. Another goal is to develop a quantum-secure "single sign-on" approach that allows access to various services with a single central login.

At the end of the project, the digital identities and quantum-safe authorization will be tested in a demonstrator in a realistic application over existing network protocols. In doing so, the capabilities of the developed system will be compared with classical methods. 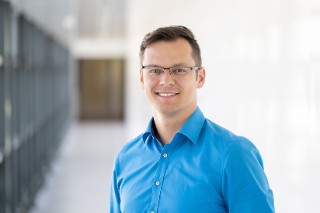