The microsystem technologies (Micro-(Opto-Acoustic-)Electro-Mechanical-Systems, MEMS) available at Fraunhofer IPMS and in particular at its ISS branch have been extended by an extraordinary technology in cooperation with the Forschungsfabrik Mikroelektronik Deutschland: additive manufacturing (AM) by means of two-photon polymerization (TPP). This process enables fast and adaptive custom manufacturing of almost any three-dimensional, micro- or nanoscale structures. This manufacturing process has attracted enormous attention in the scientific community due to its suitability for the production of optical metamaterials. These mostly multiphase, synthetic materials are characterized by the fact that their manufacturing process gives them properties differing from those of the starting material. For example, wave phenomena such as light or sound waves that penetrate these structures have extraordinary effects. Photonic metamaterials include, for example, superlenses or cloaks of invisibility. Not only photonic but also acoustic metamaterials are possible using TPP. The latter will be a goal of this research project.

In order to give this goal a concrete solution, acoustic metamaterials are to be used to improve the transmission of acoustic energy between an ultrasonic transmitter or receiver and its surrounding medium. The method of matching the acoustic impedance, which is known for conventional piezoelectric ultrasonic transducers, is to be improved within the research project by using the microsystem technologies available at IPMS-ISS, preferably TPP.

The acoustic devices and technologies developed at IPMS will be used for this purpose. The CMUT device is an ultrasonic transmitter/receiver driven by the deflection of a flexible free-standing plate electrode.

Matching the acoustic impedance by coating this plate, reduces the loss of acoustic energy due to reflections at the boundary between the sound source and its surrounding medium. Ideally, the impedance of the coating is selected depending on the impedances of the source and the medium. This approach is well known from conventional piezoelectric ultrasonic transducers, but has not been sufficiently investigated for CMUTs. In particular, in the case of air, there is a four-digit impedance difference between the ambient medium and the CMUT.

The micromechanical fabrication techniques available at IPMS-ISS can produce matching systems whose acoustic impedance is adjustable to ideal values, or even gradually variable. This approximation to the mathematical ideal allows a large increase in the bandwidth and peak intensity of the transmission, resulting in an increase in transmission power and quality.

Calculations on transmission values made in previous research show that a CMUT coated with polydimethylsiloxane (PDMS) transmits only about 85% of its acoustic pressure in water. Here, a coating with ideally adjusted impedance could raise the transmission coefficient to 100 %. A widening of the bandwidth, is made possible by a gradual impedance curve. For the medium air, the PDMS-CMUT has a significantly worse transmission of about 0.1 %. Here, the materials available at IPMS-ISS and an adapted impedance curve could help to achieve 60 % transmission and higher bandwidth.

An increase in the performance of the CMUT basic technologies of the IPMS opens up their use or improves their positioning in a variety of application fields, especially in mass markets such as the automotive industry and mobile smart devices. Here, applications such as gesture and object recognition, as well as augmented reality using haptic feedback can greatly benefit from higher performance and improved sound transmission quality to air. This leads to an advantageous positioning of the basic technologies within these key industries and enables their economic exploitation.

The explicit goal of this research project is to introduce the TPP process into the portfolio of the IPMS-ISS. With this revolutionary process, application fields within microsystems technology can be addressed. These include, for example, optics, acoustics, microfluidics and other application areas that can benefit from the functional integration or expansion, rapid prototyping and previously unattainable designs possible with TPP.

Users of microsystems technology are also taking advantage of its advances. These include not only the automotive and smart-device sectors already mentioned, but also the healthcare and NDT sectors can take advantage of the benefits created by improved acoustic and optical sensors. In the healthcare sector, scaled-down handheld devices, optimized protective coatings, and function-integrated microfluidic analysis tools play a particularly important role. 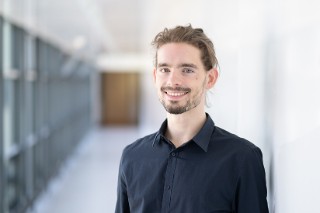